The successful online events in Miriam and DLSU in 2020-21 proved that despite the severe restrictions brought about by the COVID-19 pandemic, artistic expressions and outputs may thrive in unprecedented ways. The audiences that can be reached are enormous.  Partnerships with educational institutions are important to be able to reach the young people who will benefit the most in virtual concerts like Pangalawang Yugto. 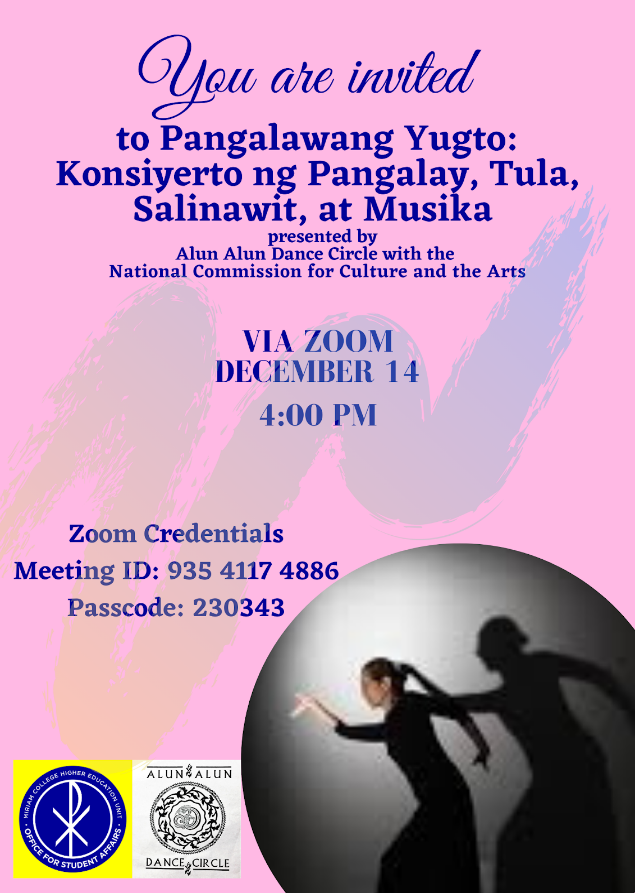 The first on 9 December 2021 was an online Zoom event for high school students which was simultaneously shown through the school’s YouTube channel. The event was given a warm welcome by Miriam President, Amb. Laura Q. del Rosario, who also joined the Zoom event from start to finish. Then on 14 December 2020, Pangalawang Yugto was successfully presented, also through Zoom, for college students. In both events, an open forum was hosted by Miriam’s academic personnel. Total audience count was 1,422 based on the number of responses to the school’s in-house survey. 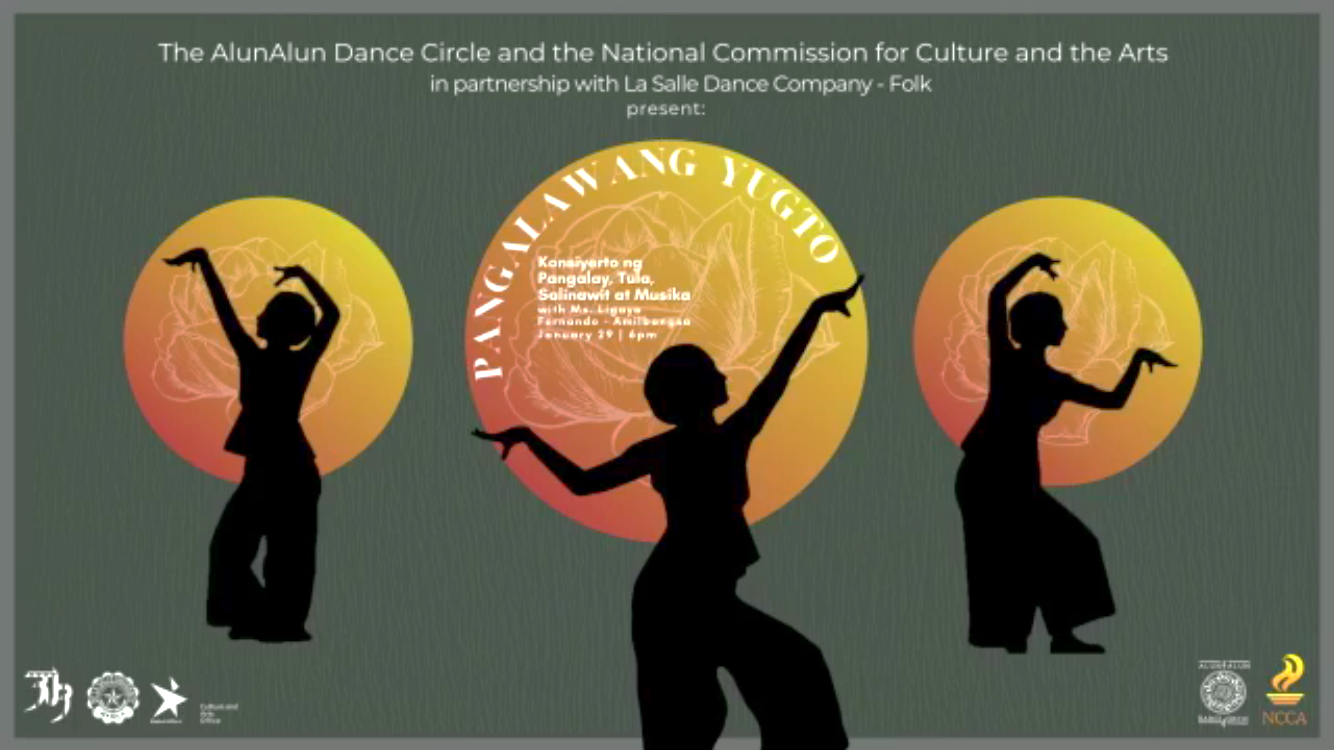 DLSU’s La Salle Dance Company-Folk (LSDC-Folk) sponsorship of Pangalawang Yugto happened on 29 January 2021 through FB Live on LSDC-Folk Facebook page. The two-hour event featured Pangalawang Yugto: Konsiyerto ng Pangalay, Tula, Salinawit, at Musika with a host’s recorded introductions in between the four parts of the show. After the live streaming of the pangalay concert, a question-and-answer portion was moderated by a host from LSDC-Folk. The discussion revolved around pangalay and its significance on Filipino identity and culture.